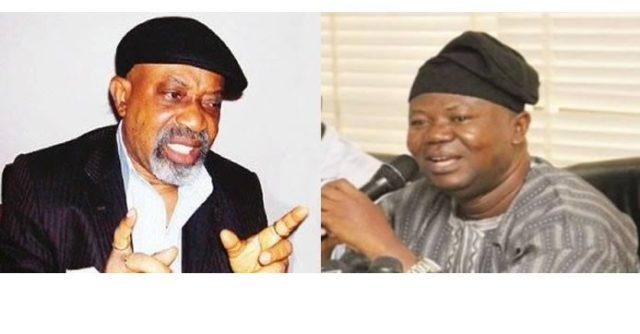 Thirteenth week into its ongoing strike, the Academic Staff Union of Universities (ASUU) on Tuesday said that speedy completion of the renegotiation of 2009 ASUU-FGN Agreement will birth new Conditions of Service, enhanced salaries for Nigerian academics and improved infrastructure for Nigerian public varsities.

ASUU President, Professor Biodun Ogunyemi in a strike Bulletin 9 signed personally by him and made available to newsmen by Chairman University of Ibadan Chapter of the Union, Professor Ayo Akinwole maintained that the ongoing strike is predicated on getting revitalization fund and unpaid earned academic allowances, ensuring that government sets up and conduct visitation to universities, address proliferation of state universities and issues of governance in them and the conclusion of the renegotiation of 2009 ASUU-FGN agreement.

The ASUU leader stressed that her members have remained resolute to get a better working environment and conditions of service, despite unpaid salaries of thousands of academics by the Federal Government and payment of distorted and amputated salaries to thousands of ASUU members.

According to the Union, the 11-year old current slave-like salary structure whose agreement was reached in 2009 took a struggle which started in 2006 to actualize eventually in 2009.

While assuring members that issue surrounding the payment of distorted or withheld salaries shall be resolved, it maintained that the current strike was to ensure that Nigerian children attend the best public varsity education and have the best of facilities and infrastructure that can compete globally.

It lashed out at Governments for adopting what it called herd-immunity approach to the fight against COVID-19 pandemic just as it appealed to ASUU members to “intensify community information, education, communication to support and promote the guidelines as well as deepen research and innovation activities in the community transmission phase of COVID-19”.

“One of our principal demands in the ongoing struggle is the resumption and speedy completion of the renegotiation of the 2009 FGN-ASUU agreement which has dragged for more than three years. It is only through renegotiation that the overdue review of our conditions of service, which include enhanced salaries could be achieved. Any further delay can no longer be tolerated. Lets remember that the current salary structure was a product of efforts like the ongoing struggle between 2006 and 2009. Our demands also include outstanding demands in the 2019 FGN-ASUU MoA. Recent reports show that seasoned academics with special skills in the employ of various universities on contract basis are now being disengaged as directed by IPPIS operators. This leaves students of the disengaged contract staff in great jeopardy. If Nigerian universities can no longer take decisions about the caliber and number of academics they require to deliver quality education, what is left of the university autonomy and academic freedom.”

Oyo In The Next Two Years | Muftau Gbadegesin

Sunday Igboho Insists Killer Herdsmen Will Be Ejected From Ogun