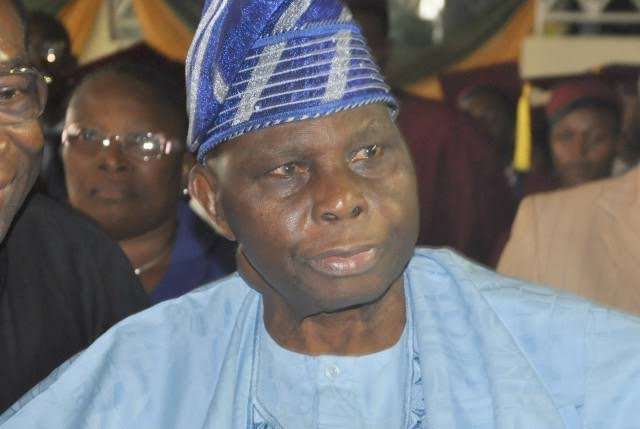 Sen. Adesoji Akanbi has expressed condolence over the death of agronomist and illustrious Ibadanman, Dr. Lekan Are.

Are had died at the University College Hospital, UCH, last Saturday at 86.

Akanbi, in his condolence message to the bereaved family, said late Are contributed in no small way to the development of Ibadan and anything he believed in during his lifetime.

The former senator who represented Oyo South senatorial district between 2015 and 2019 recalled how his late father, Chief Olalere Akanbi became Babasale Musulumi of Ibadan shortly after Lekan Are’s father, adding that “the family and all of us that he left behind should be consoled by the fact that he left a lasting legacies.”

“The news of Baba’s death came to me shockingly. He was someone all of us were proud of, even in death. Anytime, he intervened in any discourse, you wouldn’t but agree with him. He was a pro-Ibadanman. He was principled and respected. We can see that from the tributes that have continued to pour since he breathed his last. We can see that from the quality friends he had.

“His contributions to development would be missed. We should just accept it as an act of God. We should be consoled by the wonderful legacies he laid, despite the fact that he was not a politician,” he added.