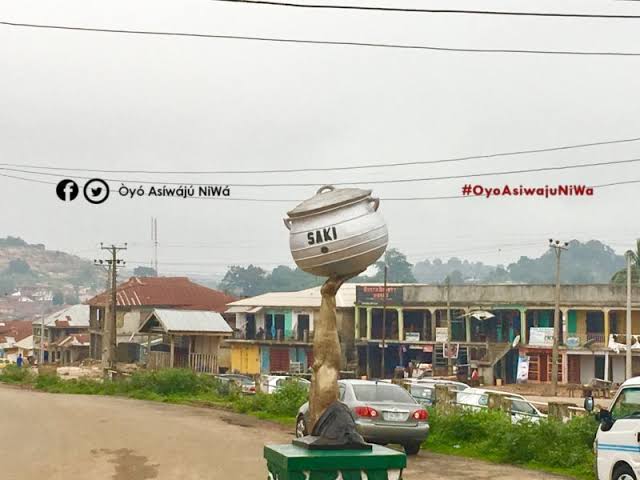 The people of Saki, a town in Saki west local government area of Oyo State, have written a petition to the Inspector General of Police to express their displeasure over the implacable impunity and regime of extortion and torture being foisted on them by men of the Nigeria Police Force.

The people, in the petition signed by Barrister Abdul-lateef Olabisi and Aderohunmu Aderogba of Salvage Solicitors, also lamented the dire straits and mental agony that police officers have subjected them to.

The petition read: “Sir, it is our clients instruction that men and officers of the Nigerain Police under varrying appelations particularly including but not limited to the IGP Intelligence Response Team, IGP Monitoring Unit, Special Task Force and Federal-Special Anti Robbery Squad under the ominous acronym F-SARS, have laid siege to Sakiland and its environs by unlawfully, unconstitutionally, and unjustifiably arresting, detaining and harassing the indigene and residents and brazenly trampling on their fundamental rights to personal liberty, dignity of the human person, and freedom from inhumane or degrading treatment/ torture and right to freedom of movement by subjecting those arrested and detained to the most odious and heinous kinds, dropping your respected name and that of your subordinate officer, the quintessential Abba Kyari (DCP) in the process and resorting to extorting various sums of money ranging from 4,000,000 (four million naira), 6,000,000 (six million naira) to 19,500,000 (nineteen million five hundred thousand naira) under the most excruciatingly painful torture from 2017 till date.

“An instance was that of Mr. Wahabi Alaga, an indigene of Saki, who coughed out 4,000,000 ( four million naira) under the extortionate torture of the officers of the Nigerian Police. ” 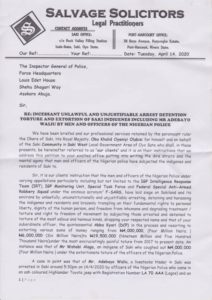 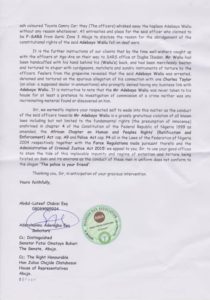 The lawyers, who were retained by the paramount ruler of the town, the Okere of Saki, Oba Khalid Oyeniyi Olabisi, also cited the case of Mr. Adebayo Waliu, a livestock trader in the town, who was arrested around 5:30 pm on the 14th of April by officers of the Nigerian Police who came in an Ash Coloured Toyota highlander jeep with registration number LA 70 AAA (Lagos) and an ash coloured Toyota Camry car without any reason.

They stressed further that “some feelers from the grapevine” revealed that Mr. Adebayo Waliu was arrested, detained and tortured on the spurious allegation of his connection to Mr. Charles Tayo, a supposed ammunition dealer.

They, however, noted that Mr. Waliu Adebayo has denied having business deal with Mr. Charles Taylor and no incriminating material was found with him.

They then implored the IGP to wade into the matter and also stem the tide of implacable impunity and regime of extortion being foisted on the people of the town and its environs by police officers as their conduct does not conform to their slogan “the police is your friend”.

How Arisekola, Tinubu Lured Me To Support Ajimobi In 2011 — Alaafin