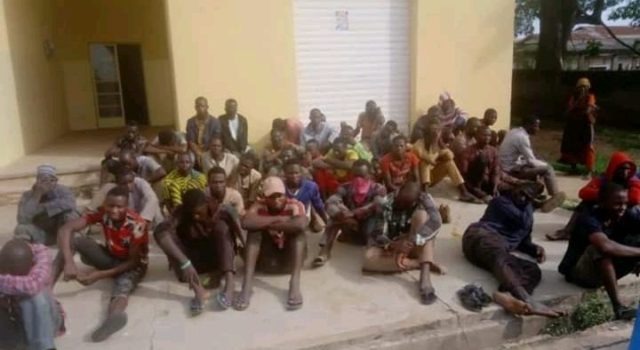 The News Agency of Nigeriareports that the travellers, who occupied three trucks, were intercepted at 12:52 a.m. at Ogbomoso High School in Ogbomoso South Local Government Area of the state.

The state NSCDC Commandant, Iskilu Akinsanya, said that the affected travellers comprised of 69 males and one female.

Akinsanya said the trucks with registration numbers, KBK 826 Kano, KTG 137 ZZ and AE61KKR were coming from Bauchi and Kastina States.

The commandant said the trucks were heading to Bodija in Oyo State and Alaba in Lagos State and were also carrying 10 motorcycles.

He said that men and officers of the corps had been deployed to the borders in the state to beef up security in order to checkmate the influx of people and prevent the spread of COVID -19.

Akinsanya warned all illegal migrants from different states to stop coming to Oyo State or else they would face the full wrath of the law.

The commandant ordered the return of the trucks and the occupants back to where they were coming from and escorted them out of the state border with Kwara.

DISCLAIMER: I Didn’t Say Ladoja Was Selfish, I Was Misquoted – Ilaka