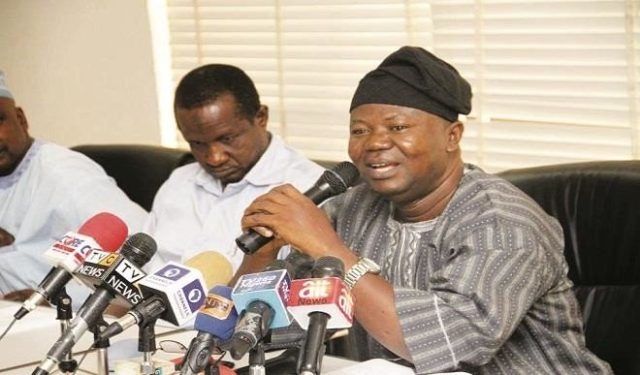 The President had directed unconditional payment of salaries to lecturers who are on strike to protest against non-full implementation of agreements government reached with the Union of intellectuals.

Speaking on the impasse, the Chairman of the University of Ibadan Chapter of the Union, Professor Ayo Akinwole stated that it is important that Nigerians know that lecturers have always been paid centrally through the Government Integrated Financial Management Information System (GIFMIS) which is domiciled in and operated from the office of the Accountant General of the Federation.

According Akinwole, a government preaching rule of law must learn to obey the law of the land rather than resorting to forceful imposition adding that “this is democracy and not military government.”

In a letter written to the Secretary to Government of the federation, Boss Mustapha through the Minister of Labour and Employment, Chris Ngige, ASUU president, professor Biodun Ogunyemi stated that members of the Union found the back-door demand for BVN number by the Accountant General of the Federation to pay the salary as a violation of the unconditional directive given by the president.

In a strike Bulletin sent to members a copy of which was obtained by our correspondent in Ibadan, ASUU president, Biodun Ogunyemi stated that he was yet to receive any response to the protest letter written to the SGF on the failure to pay lecturers unconditionally as directed by President Buhari.

Ogunyemi thanked members and their families for standing with the Union on the struggle for the revitalization of the university system during the COVID-19 lockdown and non-payment of salaries.

He noted that “Forceful enrolment of our members on IPPIS was the primary motivation for introducing BVN conditionality by some government agents, contrary to Mr President’s directive. From information available across our branches, the marketers of IPPIS have failed in their plan. However, they may want to try again. So be watchful.”

He advised Nigerians and academics taking part in the COVID-19 intervention to adhere to prescribed guidelines and take responsibility for their safety.

There Is A Gang Up Against Makinde In APC, PDP, Pray For Him —...

OPINION: Tegbe For All And The WIIFU Question | Olusola Akinyele