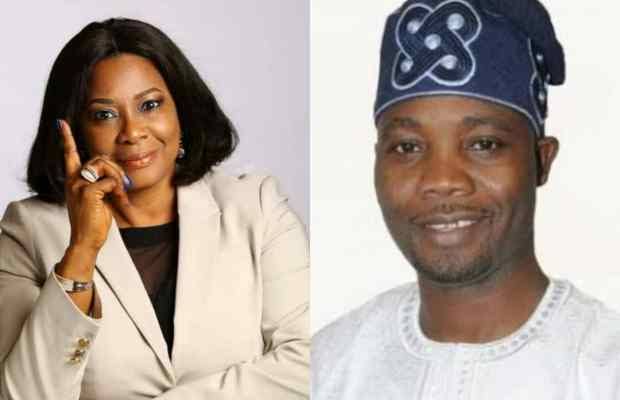 The lawmaker representing Oluyole federal constituency, Hon. Tolulope Akande-Sadipe, has reacted to the allegations levelled against her by her predecessor, Hon. Olusumbo Olugbemi.

OYOINSIGHT.COM had earlier reported how Olugbemi warned Sadipe to desist from laying claim to projects he executed while representing the people.

Sadipe, in a statement made available to the OYOINSIGHT.COM, expressed her disappointment over the allegations and described it as an unnecessary one from the former lawmaker.

She said: “Let me say without any apology that Hon. Olugbemi is still suffering from the shock of the loss of the general election, more so to a woman.

“As a well-exposed person that I presume he is, I am surprised that he could come out to lay claim to projects he didn’t commence before he left office. The project belongs to Oluyole and I have every right to celebrate its commencement.

“The claimed legacy he is talking about is a capital project from the 2019 Appropriations which unlike the zonal intervention programmes he could not divert to Ondo State for his selfish interest.

“When I assumed office as the representative of this constituency, there was no single ZIP listed for Oluyole constituency. It took the intelligence and intervention of my team and I to go through the thousands of pages of the 2019 appropriation to trace these projects to where he had diverted and hidden them.”

She also accused the former lawmaker of transferring projects meant for the constituency to Ondo State.

The five projects she accused the former lawmaker of transferring to another location are:

She added: “May I also use this medium to also ask him about the Medical Outreach for Women and Young Adults in Oluyole federal constituency, which was domiciled at UCH? When was this executed that led to the release of funds by UCH. What has become of this ZIP?

“His ranting would only get him into trouble as it will bring his failure to deliver on constituency projects during his tenure to the attention of ICPC.

“He should stop spitting gibberish, I have every authority as the current MHR Oluyole to bring to the attention of the people of the constituency, the start of a much needed project that will alleviate their suffering.

“A project that I had gotten, assessed and approved during my tenor in the Administration of Gov. Ajimobi but for the end of the tenor and change of party with their own priorities, which cut short the reality.

“As the MHR Oluyole, He should stop distracting me and allow me to focus on delivering the dividends of democracy to the people I am representing.”

Dear Nigerian Government, Are You Going To Tax The Air We Breathe? | Alao...