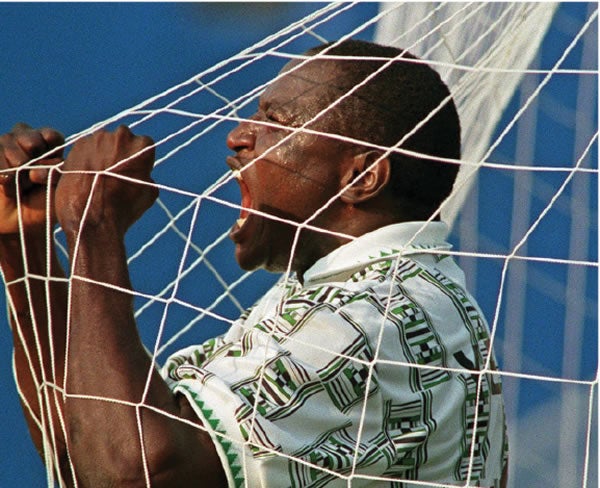 Yekini, who played for various clubs including Victoria Setabul and Shooting Stars, died at 48 on May 8, 2012.

Yekini was named the 1993 African Player of the Year and was top scorer as Nigeria claimed a second AFCON title in 1994.

He also holds the record of scoring the country’s first ever World Cup goal, grabbing the opener against Bulgaria as the Eagles cruised to a 3 – 0 win.

“I brought him into the national team in 1983 when I took the team to Kaduna for a friendly. He is a quiet, peculiar character, but was always ready to give his all for the team. He was a diligent and committed player. His exit is a great loss,” Onigbinde, who gave Rashidi Yekini his first invitation to the Supe Eagles wrote.

In a Twitter message, ex – Eagle midfielder Adepoju said, “Dear mate, I feel honoured playing with you in Nigerian colours and that was a big achievement on its own. You gave your 100 pet cent always.”

In Ibadan, Omo Oloore Foundation Holds Another Empowerment For Entrepreneurs