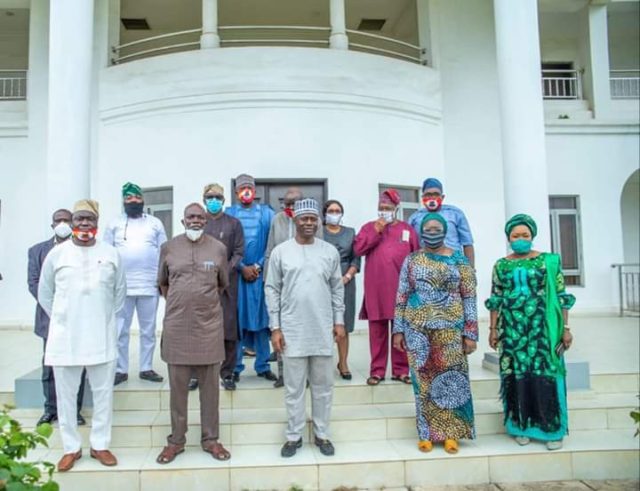 The Executive Chairman of the Oyo State Solid Minerals Development Agency, Mr. Abiodun Oni, has stated that the marble industry in Igbeti will spring back to life within the next few months, as investors have already begun to show interest in developing the industry.

Oni, who stated this shortly after a Board meeting of the Nigeria Marble Mining Company, added that the state has gone far in trying to get investors for the mining sector in the state.

He noted that a couple of investors had already shown interest in developing the Igbeti marble.
A statement signed by the Special Assistant (Print Media) to Governor Seyi Makinde, Moses Alao, quoted Oni, who doubles as the chairman of the Nigeria Marble Mining Company (NMMC) Board, as saying that the Board was able to come up with a couple of resolutions on how to move the company forward and that all stakeholders will be proud of the process.

He said: “What we have done is that we have worked up to a certain point with those investors. We have engaged them to a reasonable point and are awaiting the Board of the Marble company to be inaugurated.

“Now that we have inaugurated it, we will move forward with the engagement with those investors and bring them on board to continue further discussions with the Board. Then we can conclude on what we are doing. Hopefully, within the next quarter, we should be able to have something reasonable on ground.”

The meeting was attended by some of the members of the Board, including the Oyo State Commissioner for Energy Resources, Mr. Seun Asamu; the representative of Igbeti community, Chief Jacob Adetoro; representative of the Asamu family and the chairman of Olorunsogo Local Government, among others.

Oni stated that the NMMC has experienced quite a tortuous journey, appreciating Governor Makinde for the opportunity given to the Board, saying that the Board resolved to make sure that the company is repositioned to meet the expectation of the governor that it should be brought on the map of the world economy.

He said: “We had the inaugural meeting today of the Nigeria Mining Company for this current administration and we have been able to discuss the challenges of the company in the past, where there have been issues and how to move the company forward.

“We have, by the grace of God, knowledgeable and experienced people on the Board and some of them were in the previous Board. They have given us an insight into what the challenges were. We have been able to come up with a couple of resolutions on how to move the company forward.

“In next couple of meetings, I am sure you guys will be proud of the process as we move forward. We will be able to let you know specifics on what we are doing and how we are going to achieve all the slated agreements.
“It has been quite a journey for the company like everybody knows and His Excellency, while inaugurating this Board, told us that we have work ahead of us to do. We appreciate that and we have resolved and we are committed to make sure this company is repositioned as he requested to put the company back on the world economy map and that is what we are going to do.”

He added that the Board would bring all stakeholders on board to discuss and agree on how best to move the country forward.
In the same vein, the representative of the Igbeti community on the Board, Chief Adetoro expressed gratitude to Governor Makinde for constituting the Board, adding that the step was in fulfillment of the governor’s promise during electioneering that he would turn the marble company into prosperity for the people of Igbeti and Oyo State.

“During his inauguration, he told us they will turn the marble company into prosperity for the people of Igbeti and Oyo State and this makes us happy. This is the beginning of what we are doing here today and I sincerely hope that the chairman will be up to the task and we, as members of the Board, will give him our maximum support.

“What we want is the prosperity of our land and the state government. Now that the revenue is dwindling, if we can work at a fast pace, it is a source of revenue for the state government. Once what is due to the people of Igbeti is not denied us, we will all be happy to cooperate, work together, and bring wealth back to Oyo State and Igbeti community.

“I know that with the support being given to the Board by the state government and the governor’s willingness to see us perform, the government will have an input. And when the input is there, we will be able to move forward,” Adetoro said.