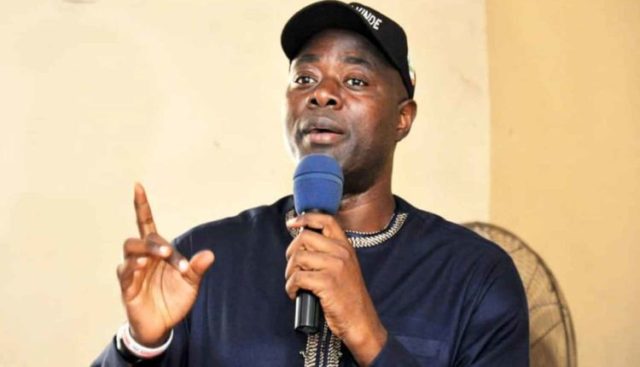 The Oyo State government, on Monday, released the sum of N180 million as part of the outstanding gratuity and pension arrears for 2013 retirees from the civil service.

The state governor, Engineer Seyi Makinde, while conducting a symbolic presentation of cheques to some of the retirees at the Government House, Agodi, Ibadan, vowed to ensure that retirees get what they deserve from the government.

He stated that those who have served diligently needed all the support they can get from the state.

He added that ordinarily, the payment of gratuity to retirees should come immediately after retirement, noting that he was honoured to present the symbolic cheques to beneficiaries who finished the processing of their retirement papers in 2013.

According to a statement signed by the Governor’s Chier Press Secretary, Mr. Taiwo Adisa, Makinde stated that despite the meagre resources available to the state, his administration would continue to bring relief to the entire workforce in the state and its senior citizens.

He said: “I welcome you to the symbolic presentation of cheques to retirees who finished the processing of their retirement papers in 2013. In total, 82 of these retirees will be paid their full retirement benefits.

“Seven years is a long time for anyone who could not work to wait to get paid their benefits. Such payment should ideally come immediately upon retirement and it is indeed disheartening that the previous administration did not do what was supposed to be done when it should be done.

“While I was crisscrossing the state in search of support for votes, what I heard from everyone including the pensioners, is that I should forget about what the previous administration did or did not do but focus on those things that we wanted to do. And this is why we will not dwell on what the previous administration did not do. We will focus on the things that we have to do and those things we want to do. We will take full responsibility even for things that they ought to have done but did not do.

“This administration remains committed to finishing whatever things the previous administrations have left undone, and these include payments of this nature.”

The governor maintained that the state has a backlog of N26 billion in unpaid gratuities for 6,274 pensioners in the state, adding that his administration has been making efforts to offset the alarming debt despite the limited sources of funds for the government.

“I give you a promise that as our economy is getting expanded, so also we will be adding more to what we need to pay to pensioners to ensure that we shorten the period within which we can offset this debt.

“When a child inherits fortune from his father, he will not reject it. In the same way, if he inherits debt, he is duty-bound to do something about it and that is what I just explained. We are doing something about it. We are aware of this debt even while going around for electioneering but what we did not know at that time was the capacity to pay and also how the finances of the state were being managed, prior to our coming on board,” the governor said.

He added: “As I said during my broadcast in commemoration of our administration’s one year in office, we have paid more gratuities and entitlements in one year than the previous administration did in eight years. This was possible because we increased monthly allocation for gratuities from N100 million to N180 million with effect from June 2019 and what this means is, we have committed one billion, nine hundred and eight million Naira (N1.908 billion) to this payment in the past one year with a total number of 886 retired civil servants, hospital workers, teaching and non-teaching staff benefitting.

“When we came in, we still had the gratuities arrears of 2011. Now, we have completed the arrears of 2011 and 2012 and we are now on 2013. I give you the assurance that we will keep paying off these debts and I know we will finish paying them.”

The governor reiterated the determination of his administration to ensure that everyone in the state feels the impact of governance.

Makinde Vows To Jail Anybody Who Collects N3,000 Education Levy From Students