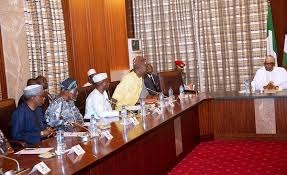 Academic Activities in the Nation’s public University may be halted again as the Academic Staff Union of Universities (ASUU) have begun mobilisation of her members against the threat by Accountant General of the Federation to stop salaries of lecturers this January for failing to enrol into the Integrated Personnel and Payroll System (IPPIS).

A circular from the office of the Accountant General of the Federation (AGF) was sent to all public universities on last week Thursday , with information to with-hold January salary of lecturers who refused to enroll in the IPPIS platform.

But ASUU stated that her congress members have resolved to activate NO PAY NO WORK as soon as government stops her members’ salaries.

The Chairman University of Ibadan Chapter of ASUU, Professor Deji Omole while reacting to the development on Sunday in Ibadan maintained that the Union was ready to pursue her stand on autonomy and infringement on FGN-ASUU agreement which IPPIS will erode.

Omole stated it is unfortunate that even the President cannot be trusted after assuring the Union to look into the matter and set-up committee to harmonised UTAS and IPPIS tabled before him at the last meeting.

While saying the Union would not be threatened to allow undemocratic public servant like Accountant General of the Federation to ridicule tertiary education, ASUU said the move would throw public varsities into another crisis.

Omole said ASUU rejected IPPIS on point of law, principle and rule of law but has offered an alternative platform which has been named University Transparency and Accountability Solutions (UTAS), which would take care of  university peculiarities.

According to Omole, if those rulling us are sincere they should ask their sons and daughters who school in Universities in the UK how Universities run.

“Only patriots can work in our hellish condition. Our position is that the principles of IPPIS are in contradiction to the principles of the autonomy of the  university system and the constitution is clear enough because each university has its legal pattern and it doesn’t have provision for IPPIS and it does not even capture the peculiarities of the university system. We are ready for them. We are not slaves that can can be subjected to routine humiliation by government appointees “.

In Two Years, We Have Completed 600 Education Projects — Makinde