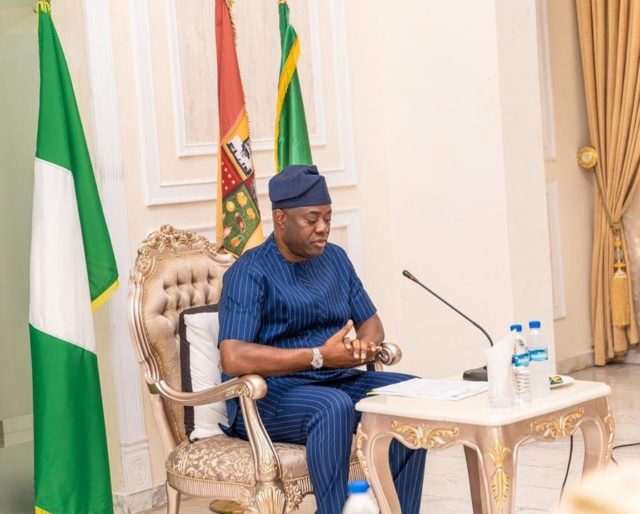 Oyo State government gave the University College Hospital, UCH, five million naira to support its fight against COVID-19 to ensure the hospital management does not keep demanding for support from the government on a daily basis.

This was revealed by the Chief Press Secretary to Governor Seyi Makinde, Taiwo Adisa while speaking on Ibadan-based radio station Fresh FM on Friday.

Adisa, who gave the explanation in a bid to bring to fore the governments side of the ongoing exchange of words with the UCH, also revealed that the government also supported the hospital with N25 million worth of materials.

The commissioner for Finance announced that the state government has supported the UCH to the tune of N118 . But the UCH management said there is distinction between the institution, the Department of Virology and the College of Medicine.

“Based on that classification, we have further clarified that the State has supported the Department of Virology to the tune of N86.9 million. That Department has since acknowledged that much. We did not give anybody cash and we have to clarify that because, we understand the issue with procurement in an emergency situation. There are issues with transportation and the general lockdown. The N5million we gave was decided in front of the CMD (of UCH) at the COVID-19 Task Force meeting. It was the Governor of Oyo State that agreed that we should approve N5m for the UCH. The money was given to them so that they dont keep coming to the government everyday or every week and the Commissioner for Finance has it in the book that the money has left the coffers of Oyo State,Adisa, Makindes Spokesman said.
He explained further, “The N25m we talked about is in the materials. The state government did not approve cash for anyone because there was an issue when the state government wanted to assist the UCH and it gave it some money. They said the money went into TSA account and that they could not access it immediately.

“I will just advise the UCH to stick to its responsibility according to the mandate given to it by the Federal Government. If there are issues with them receiving the money, they should check their system very well. If the Accountant General of Oyo State has asked them to do some certain things, why not comply with those things rather than going on air to announce something else,”Adisa added.

However, on the contrary, Mr Toye Akinrinola, the Public Relations Officer of UCH, while speaking on Fresh FM berated officials of the state government ‘for trying to play smart’, and their inability to differentiate between the College of Medicine, University of Ibadan, and the University College Hospital (UCH).
Mr Akinrinola of the UCH had earlier said that the state government was not sincere on the issue of assistance to the institution.

According to him, though the administration of Governor Seyi Makinde claimed to have given equipments worth over N25m to them, nothing close to such was received by the hospital.

Akinrinola listed items so far received from the state government to include: 250 face shields, 25 reusable gowns, 10 overalls, and a few other items. He further claimed that immediately after UCH released a rebuttal against the government statement, three prominent politicians called the UCH CMD, asking the CMD to come and receive the N5m which the government announced that it had already given to UCH.

He added that: “After the CMD got those calls, he was advised against going to the Ministry of Finance because, it was thought that the government was trying to be too clever. How do you announce to the whole world that you have given money to somebody, but days after, the person denied receiving any money, then you now ask the person (through other people) to come and collect the money?”

The UCH PRO also disclosed that after announcement was made by the Ministry of Finance to the effect that monies had been disbursed to the UCH, Mr Akinrinola said he immediately put a call through to the Governor‘s CPS, Taiwo Adisa, to express displeasure, and to tell him that the statement released by Oyo state Commissioner of Finance was incorrect and unfair.

According to him, the CPS’s response was that the commissioner couldn’t have made the release if he didn’t have his facts right.

DOCUMENT: 3 Of The 4 Persons Who Attempted To Discredit Oyo APC Congress Not...