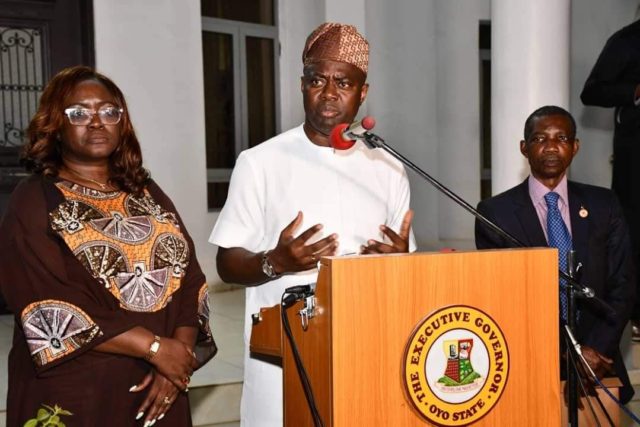 Cynicism as defined by English dictionary offline – : (uncountable) an emotion of jaded negativity, or a general distrust of the integrity or professed motives of other people. Cynicism can manifest itself by frustration, disillusionment and distrust in regard to organizations, authorities and other aspects of society, often due to previous bad experience. Cynics often view others as motivated solely by disguised self-interest

This is exactly what is happening to Oyo opposition caused by frustration and disillusionment of losing power in the last general election. Makinde as David has got victory over their Goliath.

Initially they regarded him as neophyte and inconsequential, but alas, the man has emerged and the governance has commenced. It’s the will of God.

High Court, appeal court, Supreme Court, federal mighty as it was in Kano and Imo state, still GSM survived all their Pakutes. Glory honor and adoration belong to almighty God while criticism belongs to opposition.

Yes, criticism is the official duty of opposition in every democratic setting. It is good, it makes the political game interesting and the ruling body to get their directions, if it was constructive one. Alas, because of their failed Pakutes , no more impunity , no more Máma ní interest and exposure of their various corrupt practices, their criticism grew into cynicism, extreme cynicism

This extreme cynicism now made them extremely unreasonable. It has made their party’s minions in the state not to think right again, thinking upside down for the sake of partisanship. The Cynicism mentality has engrossed them and has blindfolded their proper reasoning capability, all because of their disillusionment. They’ve been having bad days from the inception of GSM regime to the extent that they cannot differentiate bad from good, positive from negative…

While the good people of Oyo state, home and abroad are praying and eulogising GSM for his good work and many achievements recorded within few months , this people embark on campaign of calumny.

They do not see anything good in many out of school children that have returned back to schools because of free school fee, free text books and exercise notes. Ongoing recruitment of more than 11,000 teaching staff, building of new classrooms and repairing of dilapidated ones , etc. All what they can phantom out of all these laudable activities is, “Makinde is not sincere, he asked parents to pay for WAEC, Oyo education is still far behind position in Nigeria.”

With all these visible achievements, Should cynicism made any sáně person condemn all these visible activities, when it was clear to them that throughout their inglorious 8 years they didn’t employ a single teacher and students were paying many other absurd fees aside official N3000, up to N12,000 in some schools every term. For those who can afford it and those who cannot dropped out.

GSM achievements are visible to all right thinking people worldwide. There is peace in the state, In fact peace is part of GSM watchwords. Maintaining uninterrupted peace was GSM first assignment with procurement of state of the art security vehicles for the police immediately he assumed office. Made former police commissioner his SA on security. Putting round pens in round holes in all the other segments of governance. The cynics are still saying many bad things about these vehicles and the administration in general.

Let’s admonish this opposition stalwarts to open their eyes and see wonders that is ongoing in this blessed state called Oyo within few months of governance.

Their last self-style dictator didn’t do anything significant for the first 18 months in office, in fact party members rioted before he appointed commissioners and SA still they are deliberately condemning GSM that swung into action immediately.

Paying wages and salaries by every 25th. It is unpreceedented for the staff and pensioners, they’ve never found it good like this before. They are now credit worthy now as many banks are willingly calling them for credit. This also has robust effects on Oyo economy. They are all just praying for GSM while his predecessor is receiving curses and vituperations. You know why? The headman had one time told the pensioners to go and die as they’ve exceeded their usefulness !!!

Another point of their condemnation is newly introduced motor park management where the revenue generated are now going into government’s purse instead of individual as it was before. As the whole Oyo people, even other states are commending GSM for this foresight and bold step taken to increase Oyo IGR, the cynics cannot see anything good there, all what they can see is Auxiliary. They even went to other states to join forces against GSM. Thank God, all their efforts are in futility. Now that crude oil price has gone down in world market and consequently affecting FG monthly allocations, we cannot but give praises and adorations to God almighty for divine wisdom to have earlier looked in that complementary direction.

Covid19 Pandemic is now in town and Makinde has taken all necessary measures to contain the spread of the virus. He had seen that good percentage of the masses are living on their daily earnings and locking them down completely inside will aggravate their suffering. He thereby introduced partial lockdown, at least to balance and contain the two simultaneously, poverty and Pandemic. With dusk till dawn curfew, managing the system as the situation requires. Waffling cynics again, talking ambiguously on air, condemning the process. Not sooner they were dumbfounded when FG also relaxed its measures in Lagos, Ogun and Abuja by allowing some hours movements. Now, let’s reason together put aside opposition ineptitude. We need to contain the virus and complete lockdown is the safest!! Now, the question is, do our system and situation in Nigeria allow complete lockdown without inflicting and increasing people’s suffering? Even with wherewithal to provide palliatives, do we have database for evenly distributions ? We’ve all seen the outcome of N5.2b distributed within 72 hours by FG and consequent treasury that was immediately engulfed with Inferno. The discerning minds can phantom the escapade properly.

While not stopping you from constructive criticisms, GSM himself approves it as it is useful for good governance, I implore you all to desist from cynicism as it’s the bedrock for bitter politics which is not desirable for our society. For now that you are out of power, your only means livelihood and thereby idle, it is desirable to find something more interesting and meaningful doing instead of engaging in “condemnation is my hobby”. Farming and skills learning are lucrative now.

I give kudos to Engr Seyi Makinde for his systematic, logical, rational, and adept. Boosting Oyo economies and infrastructures gradually, making it a peace haven till it reaches a greater height. 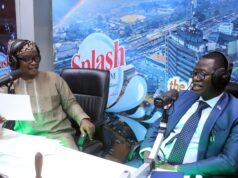 Odu’a Reveals Cause Of Fire Scare At Cocoa House

‘I Will Report You To Security Agencies’ — Makinde, Fayose Trade Words Over Ondo...

PHOTOS: Tears As DPO Killed In Kogi Bank Robbery Is Laid To Rest In...