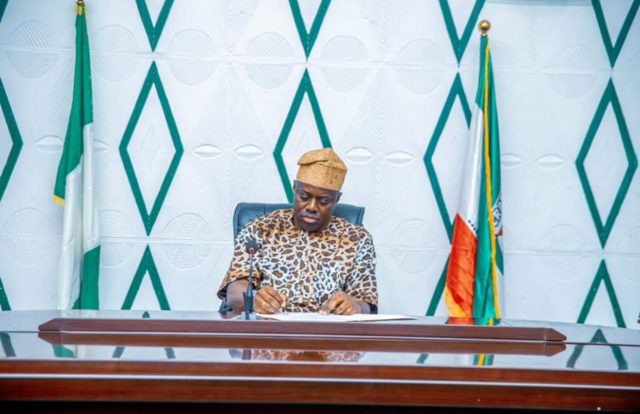 A week after the redeployment of the some directors and deputy directors in the ministry of works and transport to the ministry of agriculture and natural resources, fresh facts have emerged as to the unfolding drama involving the workers.

OYOINSIGHT.COM had yesterday reported how the affected civil servants had been redeployed for allegedly thwarting Governor Seyi Makinde’s efforts.

Sources in the know told OYOINSIGHT.COM in the early hours of Friday that the said workers have been slammed with allegations ranging from sabotage, deliberate inflation of costs, disloyalty and negligence.

A source at the state secretariat said last night that the workers who have resumed at new offices have started appearing before a civil service panel from yesterday to answer the charges leveled against them.

“Some forms have been designed for the workers to fill and explain their offences. Some grievous allegations are contained in the forms and the punishment, if carried out to the letter, could be bigger than mere redeployment,” the source added.

It was, however, learnt that a number of them have reached out to some retired senior civil servants who have started pleading for leniency with Makinde.

Another insider in the unfolding development explained thus: “Contrary to earlier submissions, the governor does not propose contracts. It is the ministry that proposes contracts to seek the approval of the governor.

“Most of the time, the contract papers of the ministry get hooked at the due process office because of discrepancies in the bills of quantities.

“The governor was worried that the ministry was perpetually delaying his projects and was about descending on the commissioner, Prof Raphael Afonja.

“He called a meeting between Afonja and the due process director general and it came out that ministry officials had been consistently inflating the contract sums apparently for pecuniary gains.

“Five projects were initially involved. The Iwo Road Intercange, Ojoo and Challenge Interchanges as well as the Awotan/Akufo Road and the eight road projects, contained in a single file that were recently approved for execution in the geopolitical zones of the state.

“Even the file for the eight road contracts had to go back and forth between due process and the commissioner as a result of serious discrepancies in figures quoted by the ministry.

“The redeployed directors played on the naivety of the system by the commissioner, a professor of civil engineering who had lived in the United States all along and practically rode roughshod on him but usually their actions hit the brick wall at the due process office.

On the three Interchange projects at Iwo Road, Challenge and Ojoo, a source said: “the problem really was not just about costs of execution. The government discovered that amounts quoted for compensations was more than inflated.

“Government officials also discovered that the redeployed directors of the ministry of works were working in cahoots with the contractor working on the controversial Ibadan Circular project to allegedly bring the incumbent government into disrepute.

“They were accused of letting out official information to the contractor in a way to jeopardize the resolve of the governor on that project.

“So a whole lot of baggages were being carried by the redeployed workers but the repairs of Olodo Infectious Disease Centre road was the last straw that broke the camel’s back.”

Yet another source who was familiar with the case confided in this newspaper that “the redeployed civil servants have caused more damage to the state than anything. Apart from the fact that they delayed files, they have missed all the deadlines given to the Ministry to kickstart major projects.

“There was nothing like a N5 billion park project. The governor does not propose projects, it is the ministry that proposes and seeks the governor’s approval in principle and the final approval of the executive council. You too think of it; why would they governor be angry with them if they were advising him to be prudent?

“Everyone in the Secretariat is aware that governor was always seeking how to cut costs.

“For long, these people have been sabotaging government efforts. Remember the Iwo-road interchange project. It is how many months that it has been proposed? The governor asked them to come up with designs, they didn’t. The deadline was extended when it was decided that Interchages be built at Ojoo and also at Challenge.

But the repair work on the infectious disease center, Olodo, broke the final lid. They had thought Makinde would be in isolation for many days. They brought an outrageous amount as estimate. The governor later asked an independent contractor to provide estimates and it came to less than a third of the figures earlier proposed by ministry officials. We cannot continue to be wasteful,” the source added.

Efforts to get the affected officials to talk proved abortive as none was ready to speak on record. One of them claimed that since they were already facing a panel, they cannot speak to the media at the moment.